Shimano reels are known as some of the smoothest and toughest of any brand in the fishing industry. The company has once again gone above and beyond the call to create a reel that’s capable of serving as a good bass or surf rod with their Ultegra model. This reel is packed with a high number of features that anglers of any skill level will appreciate.

The Shimano Ultegra is a reel that’s moderately expensive, so it might be just outside of the price range for the average angler. However, those who are willing to invest a bit more into the purchase of a premium reel will be doing themselves a favor as this model is on that will out-perform and out-last almost any other on the market.

In this article, we will take a closer look at what makes the Shimano Ultegra one of the better spinning reels on the market today. We will also cover the wide array of features that make this reel one of Shimano’s most popular in recent years. 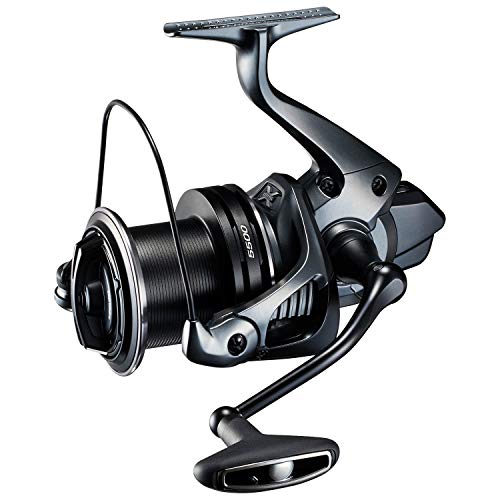 7.8/10Our Score
Check Price On Amazon

Shimano designed the Ultegra with durability and toughness in mind. The reel is made of solid components from the inside out to give you a lightweight, yet durable feel that is simply tougher than the many brands that try to match up to the same level of quality that Shimano is known for. They are able to achieve this blend of strength and lightweight design thanks to the reel being made out of CI4+ composite material.

This composite material is not as heavy as aluminum, but still maintains a good level of effectiveness when it comes to being corrosion resistant. This means the Ultegra is a great pick if you are looking for a surf fishing reel that isn’t too heavy and will stand up well against the hard-pulling saltwater fish species. It’s 5+1 gear ratio is one that can be put to use in just about any saltwater or freshwater situation.

The reel is able to achieve more of a lightweight feel than most other premium options due to the inclusion of the Hagane gear system inside, which is also not as heavy as most other models. The Ultegra also uses a seamless one-piece bale that helps to spool the line onto the reel in a way that helps to avoid tangles and reduce the amount of friction caused by the line.

One thing that stands out about the Shimano Ultegra is that it has one of the smoothest drag systems of any reel within its general price range. Most anglers report that the Ultegra feels very much the same as some of the highest-priced spinning reels currently on the market. Since this particular reel is priced at about half of what you might pay for a premium Shimano model, it can be considered somewhat of a bargain when compared to other premium spinning reels.

The drag system is an ideal blend of strength and precision thanks to the Instant Drag System. This system is exceptionally useful when playing bigger fish because it allows you to make very quick, precise adjustments as you’re fighting your catch using the front drag knob. In fact, you can go from your current drag setting to a free-spool ability in just half a turn, which is very useful when you have a monster fish on the line that you don’t want to break free.

It’s difficult to find a reel that offers the same level of toughness that doesn’t sacrifice too much when it comes to weight. Most brands focus too much on making a reel overly lightweight and will sacrifice some of the reel’s durability to do so. Shimano design experts managed to maintain the Ultegra’s toughness and produce a model that is still capable of handling very large, hard-pulling fish.

Part of what makes this reel so tough is the C14+ body. This is an upgrade over Shimano’s C14 material that has long been praised for its ability to be both lightweight and yet strong enough to handle the rigors that come with reeling in some of the ocean’s largest fish. This material is rated as being at least 2.5 times stronger than the C14 and is ideal for those who want a reel that is capable of withstanding just about anything you happen to catch on the water.

The Shimano Ultegra also features its Aero Wrap II system, which goes a step further in making sure that your line is properly spooled onto the reel without any uneven spots or tangles. It does this by spooling the line with a two-speed oscillation system which works to layer the line on top of itself in a criss-cross pattern instead of the traditional back and forth motion that most spinning reels are known to have.

The reel’s center of gravity is made to be closer to the rod, which gives it a much more balanced feel in your hands when reeling in your line. The Ultegra includes the company’s G-Free Body technology, which is specially designed to ensure that the reel’s center of gravity stays closer to your reel and hands. This means you’ll have to do less work to cast or retrieve your line, which might seem insignificant at first, but makes quite a difference for anyone who fishes many hours a day.

The heart of Shimano’s top reel models are the Hagane Gear. The reel’s entire surface of the drive gear is formed using cold forging technology. This might not seem like a significant difference to some, but experienced anglers will certainly be able to tell a difference between the overall smoothness and performance of the Ultegra compared to other models that use less precise gearing systems.

7.8/10Our Score
Check Price On Amazon

Have a look at this video review by JP DeRose to see the Shimano Ultegra in action:

If you’re looking to upgrade from your current spinning reel and purchase a model that is a significant step up from most low-level brands, the Shimano Ultegra is an excellent choice. The reel’s smooth, seamless action is enough to justify spending a bit more on this model, but the lightweight and durable makeup are the characteristics that really make it shine.

When compared to some of Shimano’s premium models that have been newly released in the last year, the Ultegra appears to be a very basic model spinning reel. However, it is one that is made with the same outstanding quality that Shimano is known for and can last for many years if taken care of properly.